EXPO REAL in Munich is one of the most important events in the real estate market. This year, over 1,900 exhibitors from 35 countries – developers, investors, architects and local government representatives have confirmed their presence in the Bavarian capital. Traditionally, during the event, Warsaw will vigorously present its huge potential. The capital city will be presented as a place of rapid growth and with great investment prospective.

News in the capital

“Warsaw is a modern and dynamically flourishing European city, offering a high quality of life and constantly capitalising on its strengths. The magnificent Vistula Boulevards, the second metro line, the prolific functions of the Warsaw downtown, the creation of many start-ups as well as the construction of a pedestrian-bicycle bridge to Praga district – are just some of the solutions appreciated not only by local residents, tourists, media but also by various international investors. There are not only new foreign companies arriving to Warsaw, but the capital is also becoming a place to create new markets, such as the opportunity offered to institutional investors by Catella Investment Fund to rent space in the highest building in the European Union – ZŁOTA 44”, says Rafał Szczepański, Vice-President of BBI Development S.A.

The Warsaw real estate developer will present during the fairs to hundreds of professionals from all over Europe its four landmark projects. The 20th anniversary of this year’s event coincides with over 20 years of BBI Development S.A.’s presence on the Warsaw market. The investor will use this unique moment to present its greatest advantage so far – the ability to execute projects in partnerships with local and foreign partners. Thanks to the unique co-operation, great buildings important to Warsaw have been or are being erected: Plac Unii shopping mall and Centrum Praskie Koneser (in cooperation with Liebrecht & Wood), Zlota 44 (Amstar), Centrum Marszałkowska (WSS Społem Śródmieście) or Roma Tower (Warsaw Archdiocese).

Centrum Marszałkowska and the Museum of Polish Vodka

As soon as of April 2018, an office and retail building will be made ready for use at the intersection of Marszałkowska and Świętokrzyska Streets – Centrum Marszałkowska. In August this year, the developer announced the acquisition of a new tenant – a dynamically growing debt management group, which leased up to four floors of the building, which has led to a 40% increase in the total leased office space. The building is the only and first in Warsaw to be integrated with a metro station. It will offer a total of 16,500 sq.m. of usable area, of which 3,400 sq.m. will be dedicated to trade and services, thus using the commercial potential of Warsaw Eastern Wall. Centrum Marszałkowska lives up to the trend of restoring greenery to the city centre and it will enrich the “Warsaw green trail” on Świętokrzyska Street. An integral part of the complex will be nine green terraces with a total area of over 1,000 sq.m. The building will see a comeback of an offbeat department store – Sezam, managed by a reputable and oldest trading entity in Warsaw – WSS Społem Śródmieście, which is also a co-investor of the project.

Next year will also be crucial for Centrum Praskie Koneser, whose implementation is managed in cooperation with Liebrecht & Wood. This mixed-use project, which is being built in the former Warsaw Vodka Factory “Koneser”, will contribute to the revitalization of this part of Warsaw. A total of 350 apartments and 28,000 sq.m. of commercial space alongside 22,000 sq.m of office space are being catered for in this complex of half the size of Warsaw Old Town. Already in the spring of 2018, in the former rectification building of the complex, the first Polish Museum of Vodka will be established. In September, the residential building “Skarbnica” celebrated the suspension of the tower and an exceeded level of 50% of sold apartments. Next year the complex will also see an installation of a gastronomic and cultural hub of an offbeat Grupa Warszawa. It is worth recalling that offices in this complex are leased out in more than 80%, and its headquarters there has the Google Campus.

The first inhabitants are also entering Złota 44, the tallest luxury residential tower in the European Union with 287 apartments on offer and the work of a star architect – Daniel Libeskind. Residents, among them Robert Lewandowski, a world-famous footballer, will enjoy one-of-its-kind recreational area of 1,600 sq.m. – a 25-metre pool, gym, golf simulator and a sunny Jacuzzi terrace overlooking the downtown skyline. The ground floor area of nearly 900 s.qm. will host public services establishments and some best restaurants. Comfortable apartments for long-term rental for managers, expatriates and diplomats are also on offer by the international Catella Investment Fund, which has purchased nine floors in ZŁOTA 44, thus contributing to the creation of a pioneering market in Poland’s comprehensive institutionalized rental area.

An additional residential project will also be implemented in the centre of Warsaw by BBI Development S.A. The Roma Tower complex, designed to be implemented jointly with the Warsaw Archdiocese, is to be a high-rise building with a timeless architecture. The implementation of the project will be correlated with the erection of a 200-metre long triad of green squares and plazas, as part of an open public space in Warsaw. 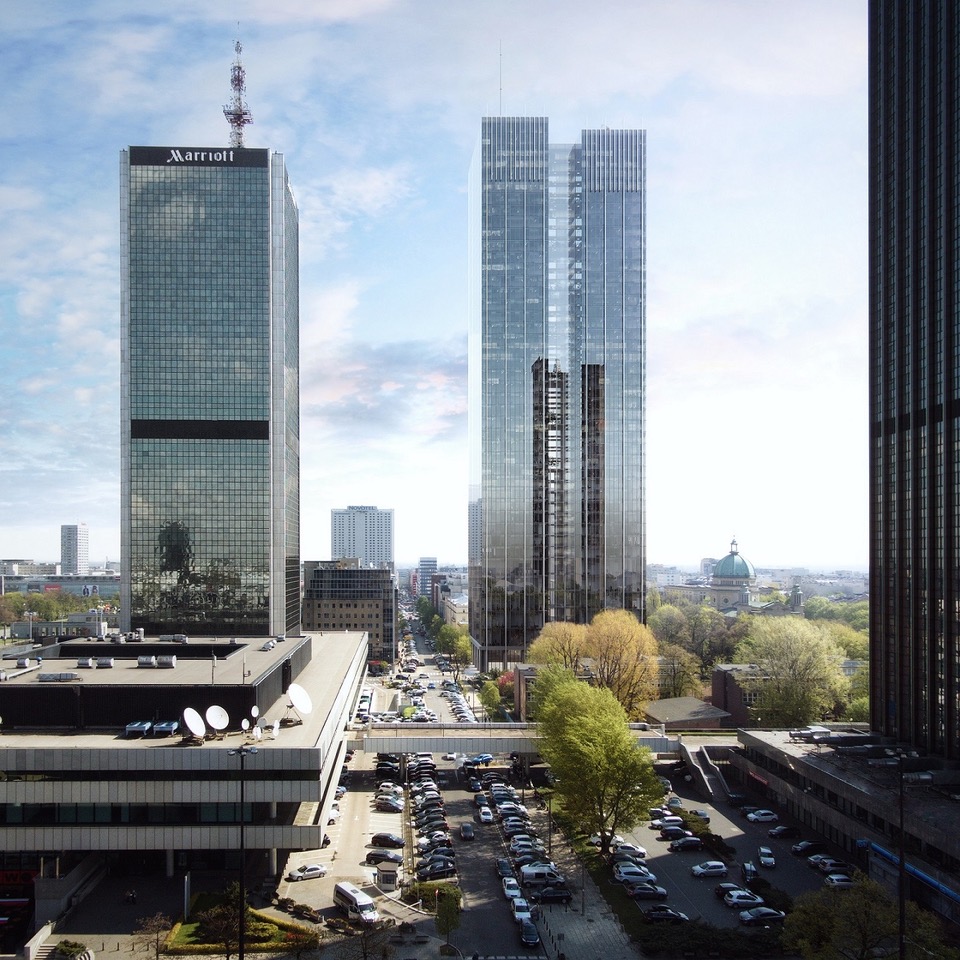 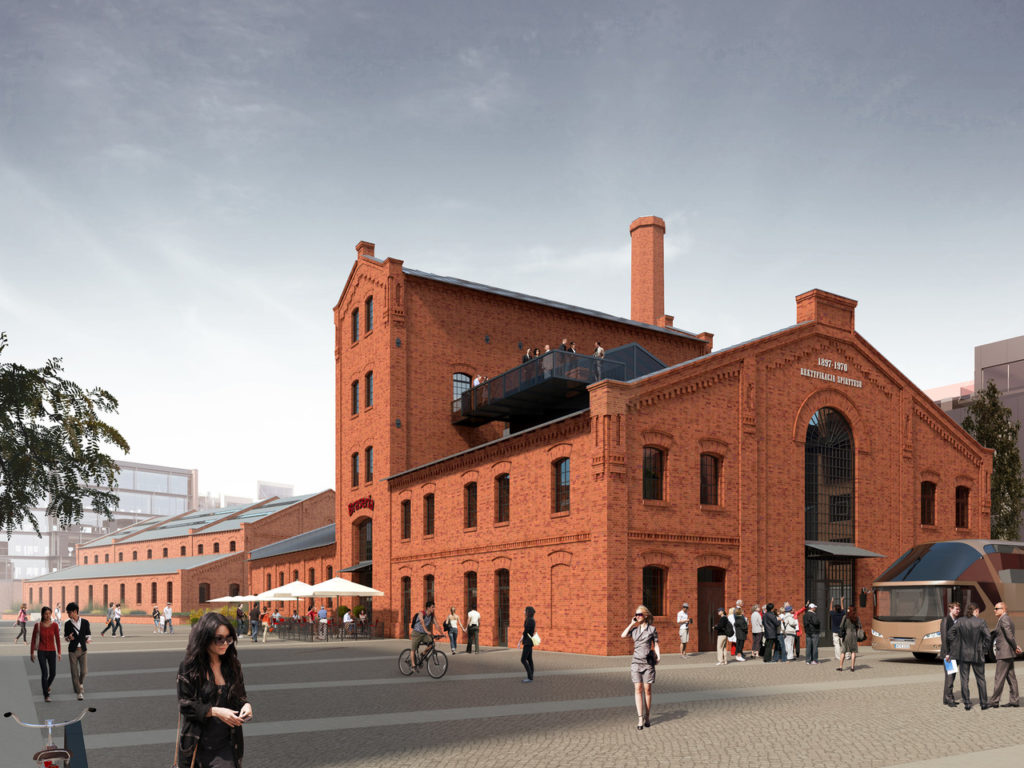 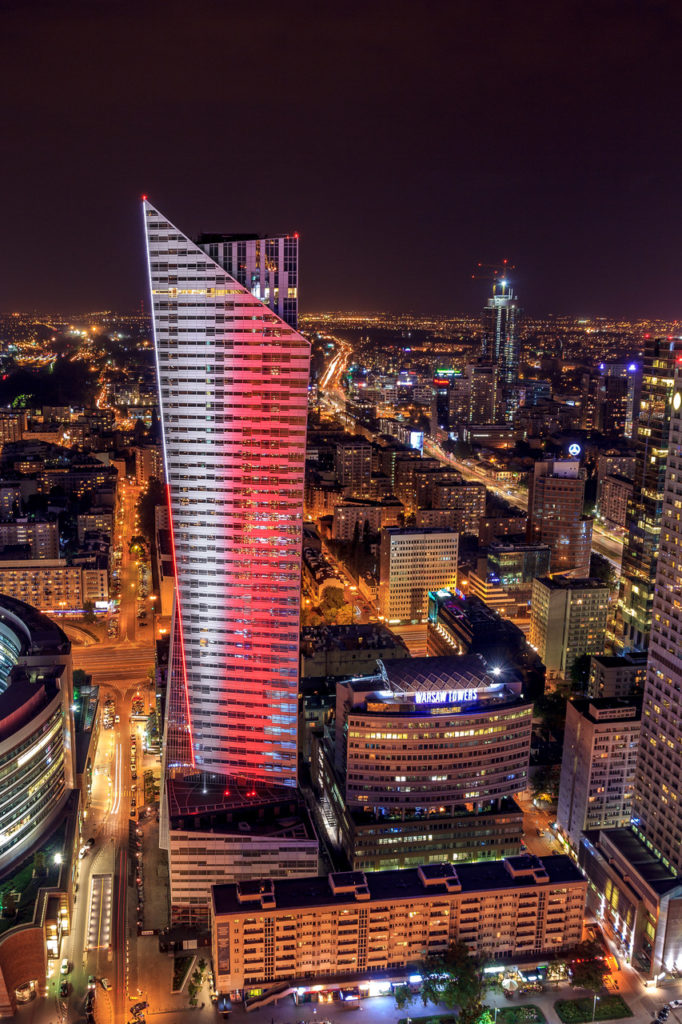 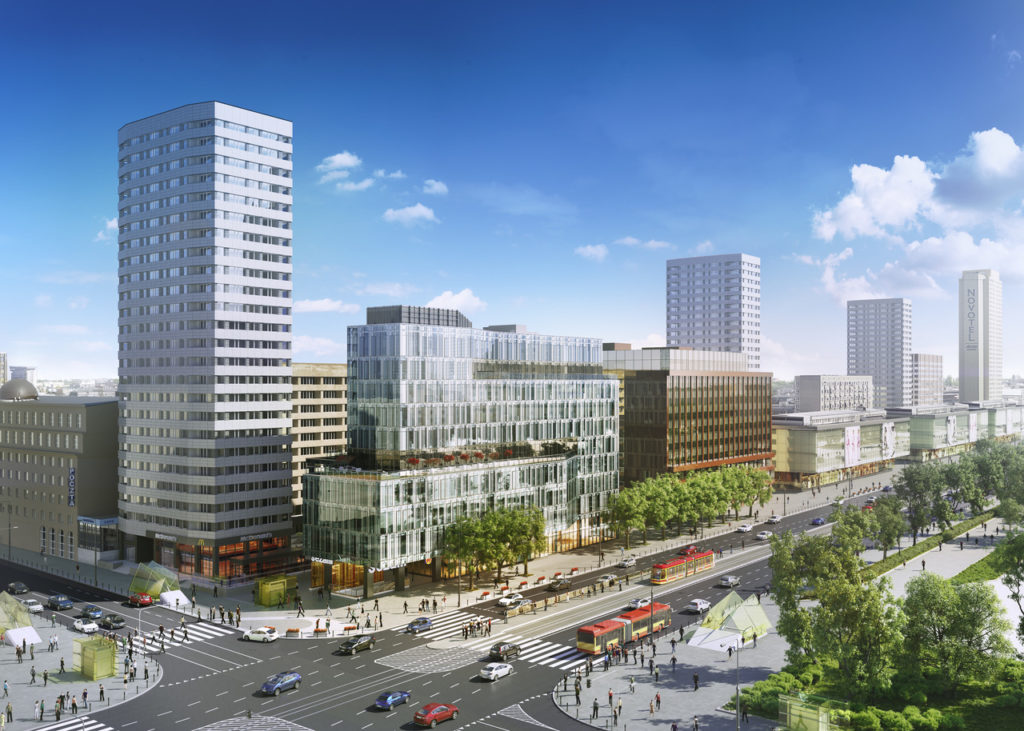 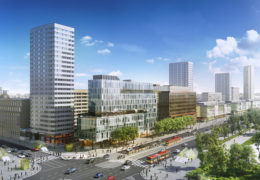 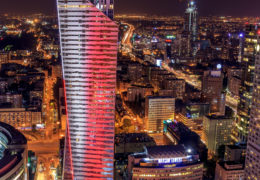 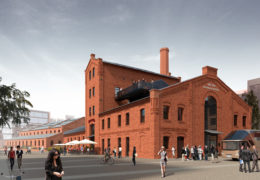 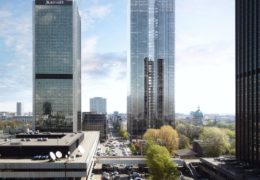