“Many people have had their share in Mazovia’s victory over the Janosik Tax. One of them is Rafał Szczepański, who from the start has been actively involved in efforts to strike down a law that was unfair and harmful to our region. His commitment to the cause led to the launch of the STOP Janosik Tax campaign”, said Adam Struzik.

The Pro Masovia commemorative medal is a honorary distinction presented by the Mazovia Province Marshall to persons and organizations that have greatly contributed to the region’s economic, cultural and social development. 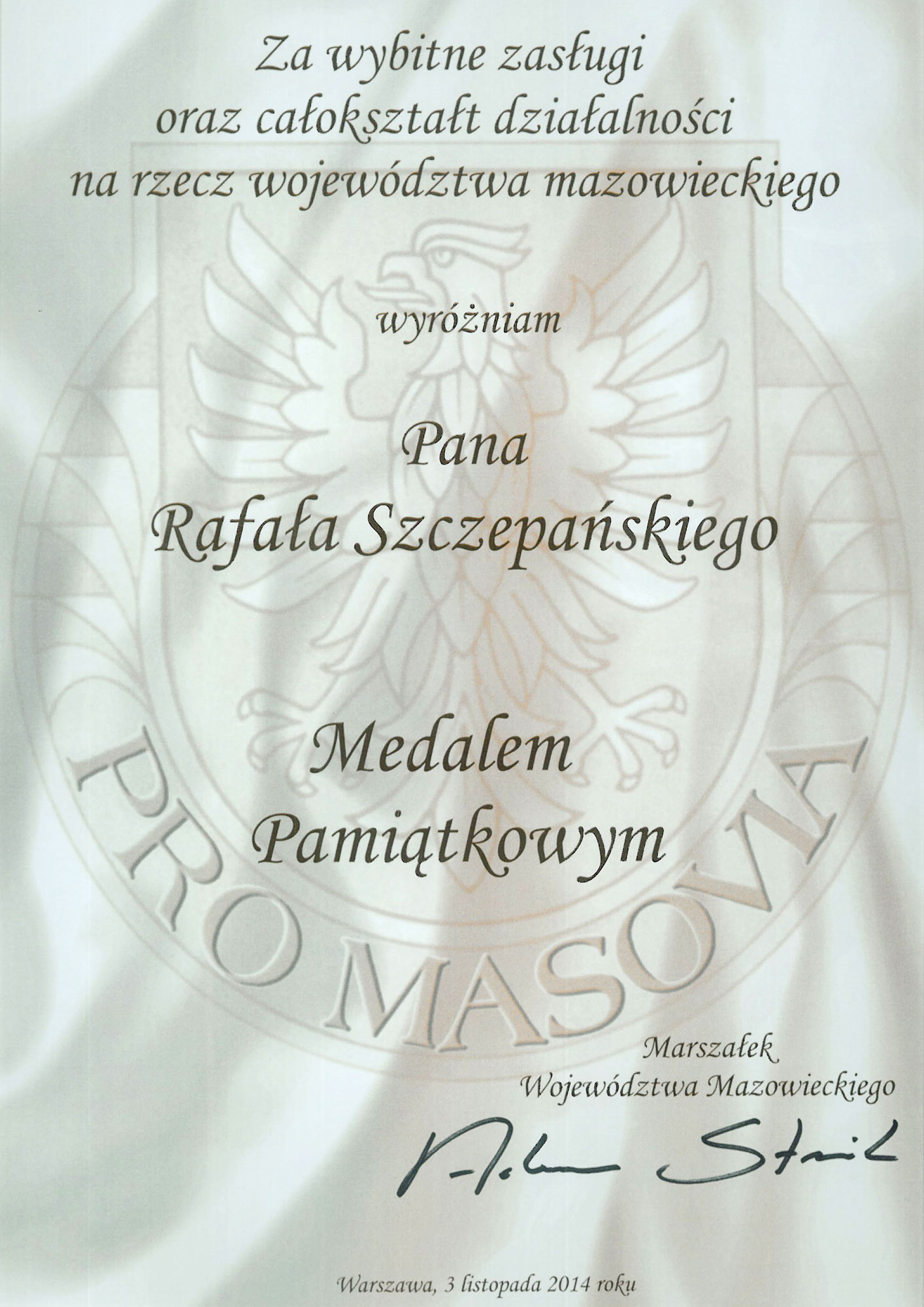