The medal commemorating the 70th anniversary of the Warsaw Uprising was presented to Rafał Szczepański by Vice-President of the Association of Warsaw Insurgents Eugeniusz Tyrajski on behalf of the Association’s President General Zbigniew Ścibor-Rylski.

The medal was conferred on the Vice-President of BBI Development SA in recognition for his social activism, including support for the Association of Warsaw Insurgents, contribution to the preservation of Warsaw history by means of publications and exhibitions sponsored by the company, and actions designed to change the legislation that imposes the “Janosik tax” on Warsaw. 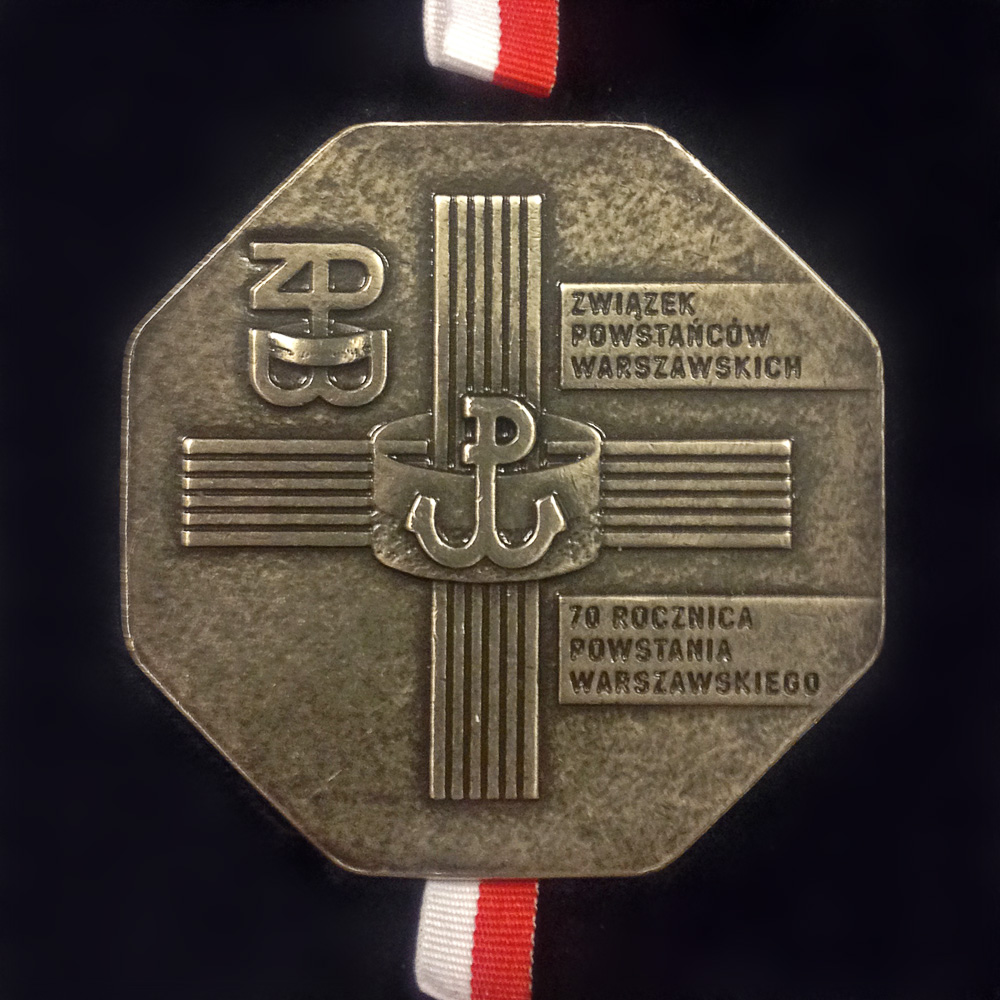 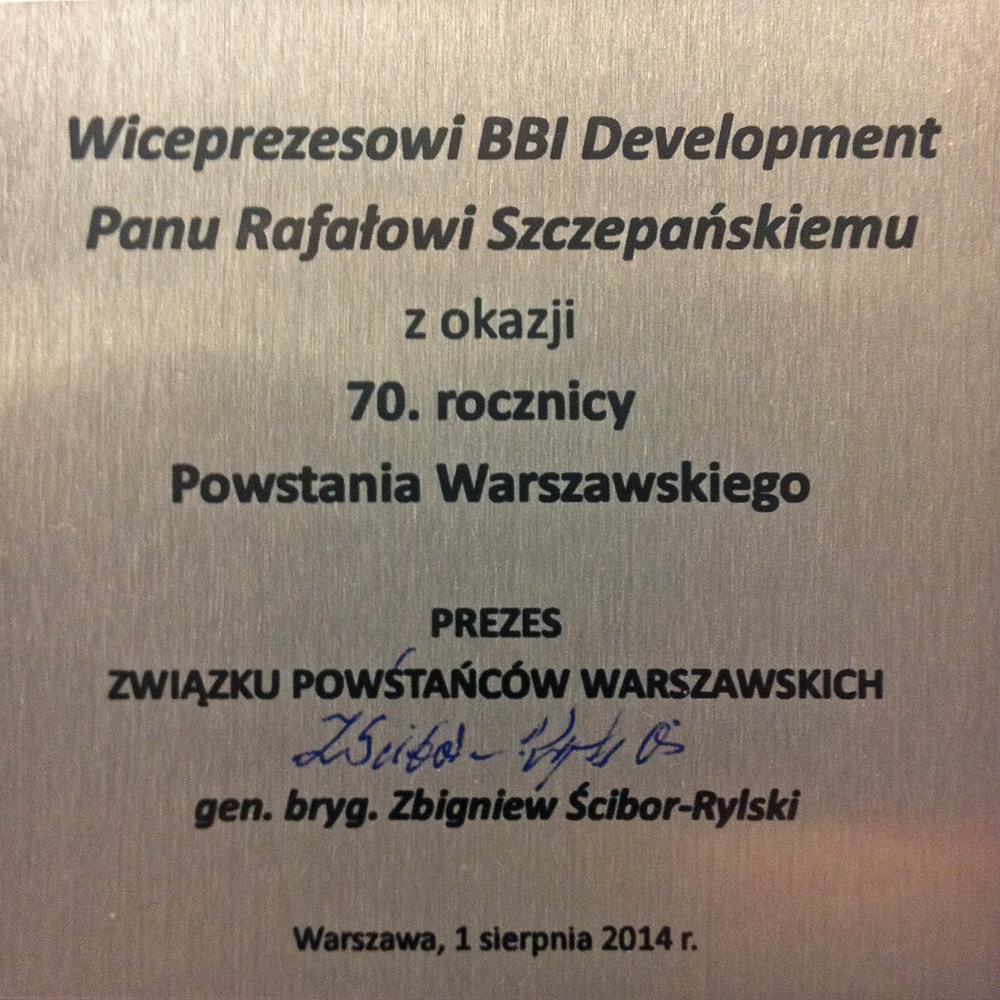